This page shows some example tree layouts that can be used to track 360˚ spherical clips loaded as equirectangular panoramas. Note that tracking jobs can often be completed using various different combinations of nodes. The trees described below are for illustrative purposes only, and are not necessarily the only way each type of task can be completed.

This example shows how an equirectangular panorama can be tracked, generating six output cameras corresponding to each face of a cube map. 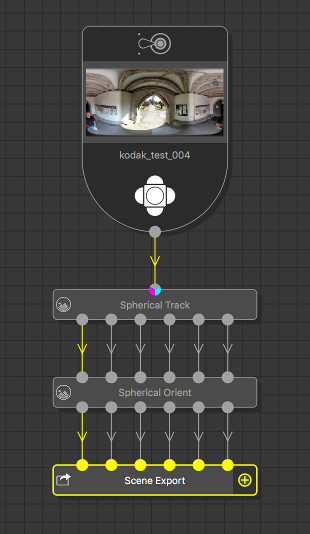 This example shows how one face of a spherical cube map can be tracked using the standard solvers such as the Survey Solver, and then the remaining five cameras of the cube map can be constructed automatically. 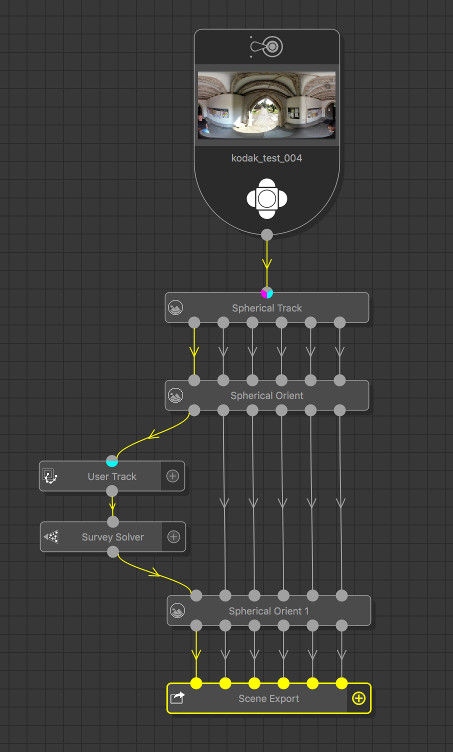