Note that tracking jobs can often be completed using various different combinations of nodes. The trees described below are for illustrative purposes only, and are not necessarily the only way each type of task can be completed. 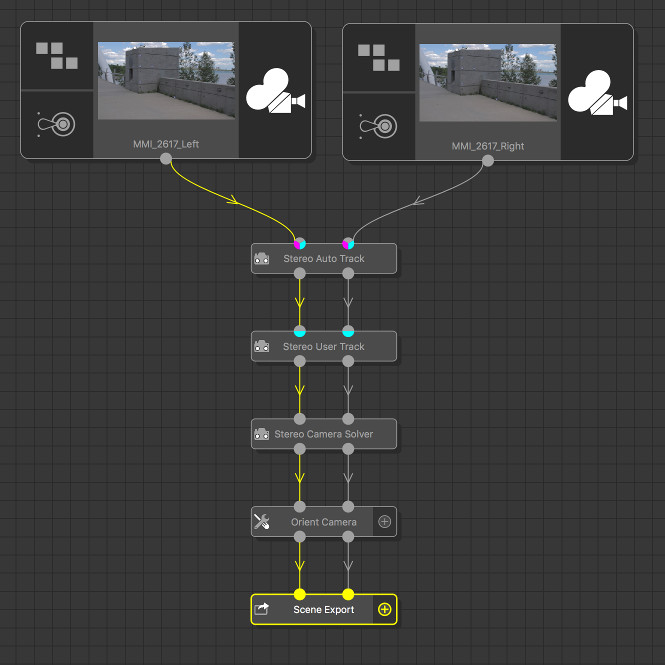 Building a Stereo Camera after Tracking

This example shows how the position of the right-eye camera in a stereo pair can be estimated after first tracking the left-eye camera.

This example shows how issues such as keystone alignment errors, colour mis-matches and disparity problems can be corrected. 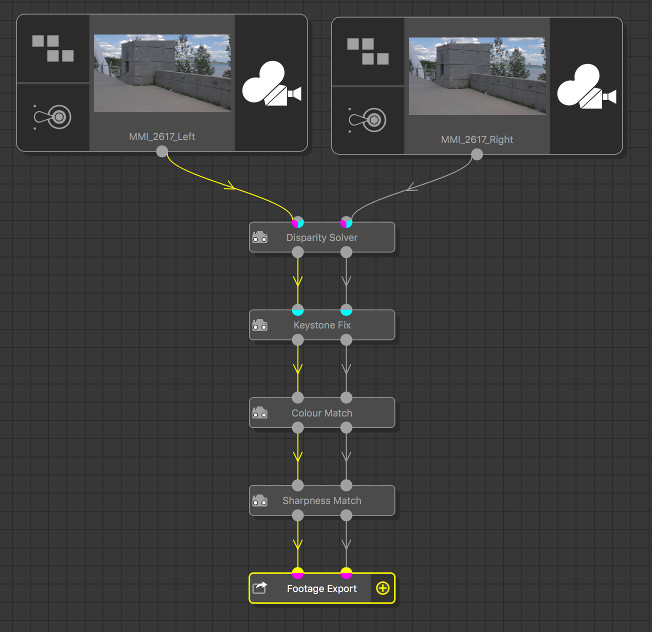