This page shows some example tree layouts that can be used to generate depth data or use z-depth for tracking. Note that tracking jobs can often be completed using various different combinations of nodes. The trees described below are for illustrative purposes only, and are not necessarily the only way each type of task can be completed.

Estimating Z-Depth for a moving camera

This example shows how Z-Depth can be estimated for a moving camera, and exported along with the camera path and point cloud. 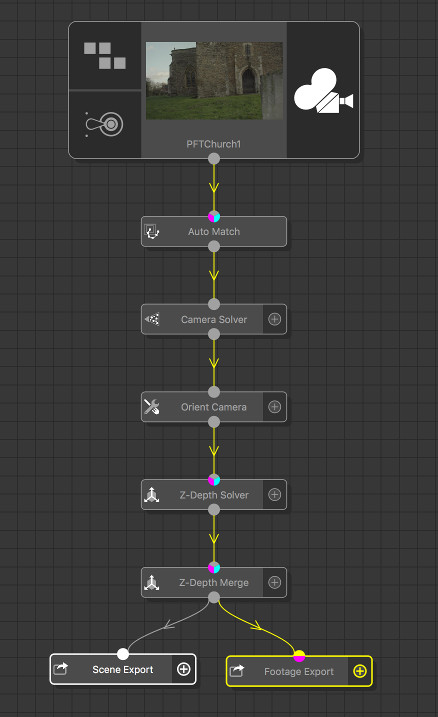 This example shows how a Z-Channel clip can be attached to an RGB clip and used to track a camera and then build a triangular mesh from the depth data. 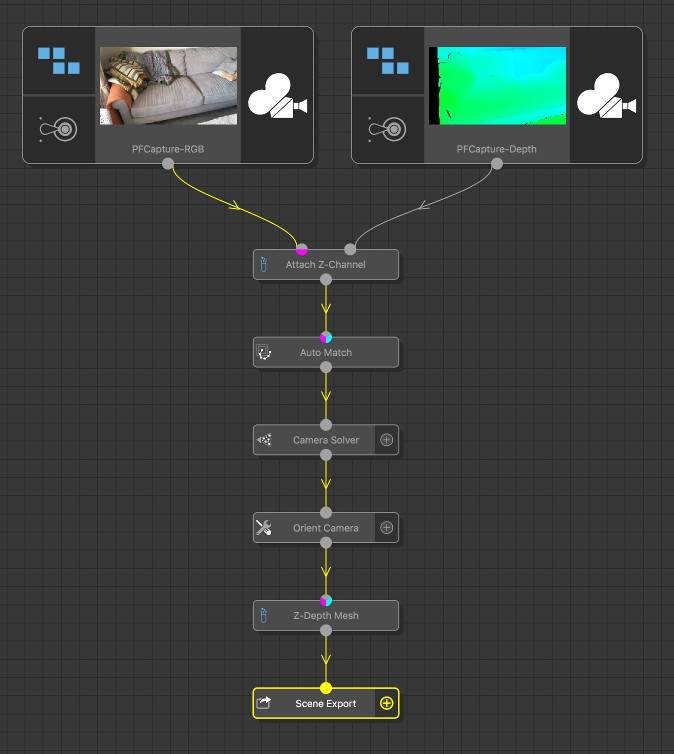